About Us • Meet the Team 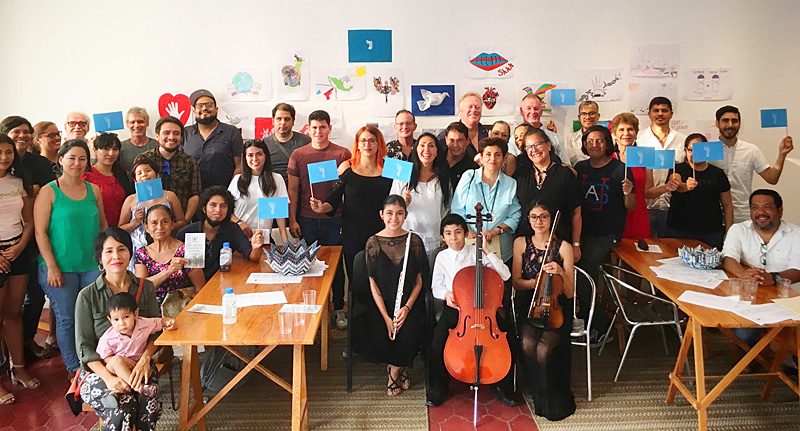 Oficina de Proyectos Culturales (Office for Cultural Projects (OPC)) is an independent non-profit arts organization dedicated to fostering dialogue through exhibitions, round table discussions, public art and arts education programs. OPC works with artists, architects, curators, academics, and writers who explore ideas that shape our city and to develop cultural programming that is firmly rooted in Puerto Vallarta, yet international in scope. 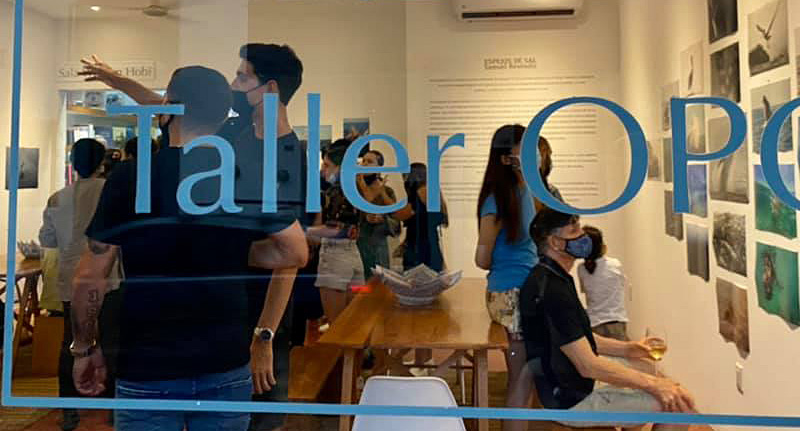 OPC expands its operations area by opening Taller OPC (OPC Workshop), an area next to the gallery that will fulfill the functions of workshop and documentation center. The opening of this space will allow to offer a wider range of cultural and educational services to the general public.

The space has a multifunctional vocation for workshops, readings, conferences, and student exhibitions. It also serves as a center for summer workshops for local children and youth, with the purpose of providing a free and invaluable resource for the community of Vallarta — offering a reading room with books on contemporary art, architecture and poetry; a space for conferences and workshops; and an exhibition space for student projects.

Taller OPC houses a unique bibliographic collection in the city specializing in contemporary art, architecture and literature, thanks to donations of diverse materials, among which are a collection of poetry books by poet Carmen Villoro (Jalisco 2016 award), editions of the Revista Luvina from Guadalajara, a collection of Mantis Editores, a selection of literature books by Perceval Press and Smart Art Press. We welcome the public to Taller OPC to read books, have a cup of coffee and engage in conversation with others.

We are delighted that Taller OPC is connected to the beautiful Martha and David Haynes Educational Garden and that OPC is able to continue with the always free educational programming in both spaces.

Taller OPC is possible thanks to the generous support of the Barlow family and William Hobi, as well as our many generous sponsors.

As a non-profit organization, Oficina de Proyectos Culturales relies on contributions from individuals, corporations, and foundations to make our cultural projects available and accessible to audiences of all ages and backgrounds - at absolutely no charge! Click here to donate 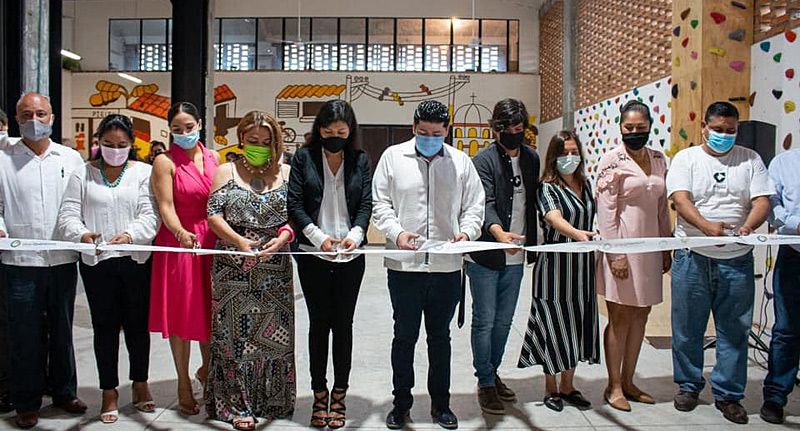 Tania Macha has a degree in Biology from the University of Guadalajara (UDG). Her area of emphasis is the relationship between art and nature. She has taught several workshops among which is The power of art as a cultural transformer: a view from sustainability, she has participated in various forums such as the International Congress of Science and Art of Landscape with the theme Interior Landscape in the Latin American context, and in the Iberoamerican Congress on Environmental Education PERU 2014. Experiences with workshops for children, among others. She currently serves as Coordinator of Educational Services of the Office of Cultural Projects (OPC) in Puerto Vallarta and is pursuing a Masters in Environmental Education from UDG which investigates art elements for environmental reflection.

Fernando Sanchez is an artist who studied at the Rufino Tamayo Workshop; the Printmaking Workshop of Oaxaca; the National School of Plastic Arts campus UNAM Taxco ; and earned a BFA in Visual Arts from theUniversity of Guadalajara. Sanchez has twice (2003 and 2010) been awarded The National Young Creators Grant from FONCA, as well as a State Council for Culture and the Arts Fellowship in 2007. He has also won ascholarship for production from the Pilar and Joan Miró Foundation, Mallorca, Spain. Individually and collectively, Sanchez has participated in 20 exhibitions outside of Mexico. He is the founder of the Graphic Arts workshop La Raya and member of the collective La Malagua . Sanchez recently participated in the Biennial of the Americas in Denver, CO. He is currently living in Puerto Vallarta, Jalisco, where he works on his most recent project Taller Pulpo Rojo.

Davis Birks is a visual artist living in Puerto Vallarta, Mexico. He graduated from Arizona State University with honors, summa cum laude, receiving a BFA in Studio Art in 1986. His work encompasses projects in sculpture, installation, painting, photography and video and is defined by multiple investigations examining a wide range of interests. He has presented exhibitions with galleries, museums and cultural institutions in Mexico, Europe, the United States, and Asia. His work can be found in the collections of The Museum of Latin American Art (MoLaa), Long Beach, California; The Museum of Fine Arts, (MFAH), Houston, Texas; The Santa Barbara Museum (SBMA), California; Museo de Las Artes, Guadalajara; and Instituto Cultural Cabañas, Guadalajara; among others. Davis Birks has dedicated time to the development of contemporary art in Puerto Vallarta since 1987.

Oscar Moran received hisdegree in architecture from the Instituto de estudios superiores de occidente (ITESO), Guadalajara, and received his degree in Urban Planning from the University of the Southern of California. He is director of the architecture firm RH+OM, based in Puerto Vallarta, Jalisco and Los Angeles, California. Moran is also co-founder of the Colectivo Guerrero that organizes forums and exhibitions regarding architectural criticism and the discourse of the city. Currently Moran has several building projects in Mexico, and Urban Planning clients in the United States, Korea, Mexico, Egypt and the Middle East.

Heidi Padilla received a degree in architecture from the Instituto de estudios superiores de occidente (ITESO) in Guadalajara, Jalisco in 1997 and received an accreditation in design from the Universidad politécnica de Cataluña in 2001. Padilla worked for the architectural firms Agraz (1996–1997) and Fernandez Medrano (1997–1999). In 1999, Padilla moved to Spain, working in the management division of the urban planning firm for Jerez de la Frontera in Andalusia. In 2000 she moved to Barcelona to work at the Rodon Architects and then at Ruiz Cortina Architects, working mainly on historic and public buildings. In 2005 Padilla returned to Guadalajara to work on private residences. In 2007 Padilla moved to Puerto Vallarta to open “El patio de mi casa,” a restaurant-bar and Jazz venue that presents cultural events.

María José Zorrilla is a tourist and cultural promoter. Graduate of ITESM Monterrey in Communication Sciences with a Mastersdegree in Sustainable Development and Tourism from the University of Guadalajara. She has been head of the Department of Culture of Puerto Vallarta, 1998-2003, and President of the Association ofHotels and Tourism, 2004-2005, and Chairman of the Board of the Library Los Mangos, 2005-2010. She co-founded the Vallarta Film Festival, participating in various partnerships and projects of social, cultural and touristic development of the city and is the author of the “Tercera Llamada” column published weekly in Vallarta Opina. She has been a member of the OPC since its inception where she worked in the areas of communication, promotion and public relations.

Rodrigo Ballester is a multidisciplinary self-taught artist. He has spent more than 25 years dedicated to researching the handling of materials and media for artistic expression, such as bamboo, wood, wire, metal, paper, stone and pigments. His work addresses topics such as perceptual pleasure, movement, water, air, earth, natural balance, cadence, sacred geometry, subtlety and identity. Rodrigo leads a cultural project in San Francisco (Nayarit) dedicated to workshops in the visual arts and traditional arts and crafts.

Partnered for Change with...

OficinaCultural.org
Send us a message

Get Updates About Cultural Projects Office